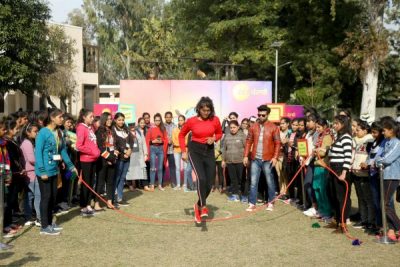 The team was welcomed by faculty members of the Mass Communication department. The anchor of the show Karan Kumar said that this show is based on the theme that we should not forget our old traditional games and culture.

It is a game/activity-based show. Around 300 students participated in the shoot and performed various games like skipping, pitthu garam and picking the handkerchief. 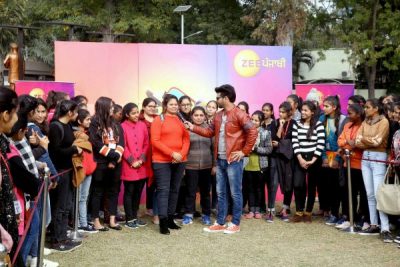 The students enjoyed a lot and won various prizes on the spot. The students also performed singing and dancing which was appreciated by the shoot team.

Principal Prof. Dr. Mrs. Ajay Sareen said such shows have helped our old games to be alive. Our young generation will come to know about our old games which were being played by our previous generation.