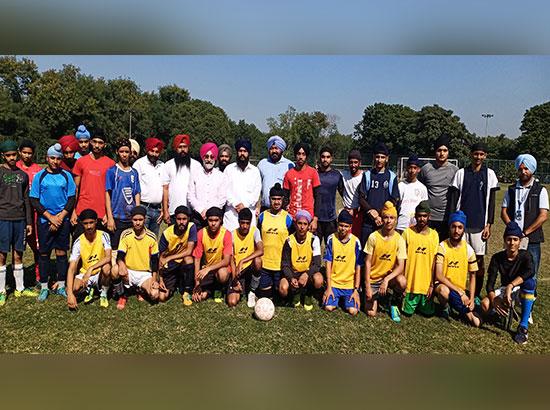 Chandigarh, November 5, 2019 – Khalsa Football Club, affiliated with Punjab Football Association, has decided to organize Kesdhari football cup in Chandigarh also from the next year onwards on the lines of Punjab.

Stating this President of Khalsa Football Club Harjeet Singh Grewal has made this announcement during trials of Kesdhari football team at Sports Complex Sector 42, Chandigarh. During the selection trials 34 players have participated and second trials for this tournament would be held on November 7 at Government Model School in Sector 22, he said.

Grewal said for the first time Sikh Football Cup is scheduled to be kick start on November 23 in Amritsar. During the event selected teams of the different districts would play matches and finals of this tournament as well as closing ceremony would be held on December 7 at S.A.S. Nagar.