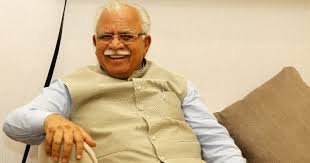 Chandigarh, November 29,2018 ( By SK.Vys) – Recently published India Skill Report 2019 mentions the remarkable rise in Haryana ranking at number 3 comparing to the last year ranking wherein the State was even out of top 10 ranks in providing employability skills to the youth.
The Additional Chief Secretary Technical Education,  Anil Kumar, informed that in the last few years, the Government has taken many new initiatives in the field of Technical Education for improving admissions, examinations, placements and overall personality development of the students of Polytechnics and Engineering Colleges. In the last academic year, 94 per cent (almost 100 per cent) of eligible students from government Polytechnics and Engineering Colleges have been placed in various MNCs/Companies of repute or have been admitted into higher educational programs. The Department and Institutes under its ambit have signed 285 MoUs with different MNCs or Companies of repute for placements, training, Industrial visits and Expert Lectures. Admissions have been improved by 11 per cent and a significant increase in pass percentage has been recorded.
Mentioning the steps taken and preparedness for Academic year 2018-19, he said that the several innovative measures have been taken which have resulted into such quantum leap in employability enhancement. All Government Institutes in the state were geographically and demographically divided into six clusters and a Centralised Training and Placement Cell was also established at Head Office which ensured three layer training and placement support at Institute, Cluster and State level. Setting-up of Centres of Excellence to provide specialized training to the Diploma and Degree Engineering students for making them job ready is another remarkable step taken for enhancing employability. Major Corporate like Maruti Suzuki India Ltd., HeroMoto Corp, Power Grid Corporation of India, NTPC- HPGCL, Daffodil have signed agreement with the Department for establishing Centre of Excellence at various Government Polytechnics where in actual world of work exposure along with hands on skill training will be provided.
For overall personality development of the students, Soft Skill Training by Professional Trainers from the Corporate like Mahindra pride Class Room, EESL is being provided free of cost to the final year students of Government institutes under CSR initiative. Department is also making efforts in exploring opportunities for overseas placements and having academic tie-ups for preparing engineering students globally competitive.
New Initiatives for improving teaching-learning process like mentoring of students, advance lesson planning, value added courses, remedial classes, soft skills training, mandatory internship, digital learning, expert lectures are also being taken. Keeping in view the emerging job areas, which the companies would be hiring the most and which are in sync with Industry 4.0 Concept, new subjects like Internet of Things and Artificial Intelligence have been introduced in the first year itself. He further said that all such measures taken are bound to further enhance employability and quality of placement with better pay packages and the department is fully geared up to see Haryana at rank 1 in the country next year for preparing employable youth.