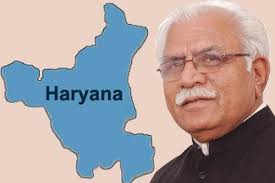 Chandigarh, May 22, 2020: Haryana, Chief Minister, Manohar Lal has said that migrant labourers have a significant contribution in the growth and development of the state of Haryana, thus owing to the global pandemic of COVID-19, the state government will send willing migrant labourers to their home states. For this, every day Special Shramik Trains are being run from different railway stations in the state and in this series today four Special Shramik Trains departed from Haryana to send the migrants labourers to their home states.

He said that despite diversity, we are citizens of the same country and with this sentiment and thought Haryana Government has started sending labourers stranded in lockdown and labourers who were willing to return to their home states free of cost. The Chief Minister said that all Indians living in any part of the country are one and it is the responsibility of all of us as Indians to alleviate their sufferings, he added.

Special Shramik Train departed from platform number one of Bhiwani Railway Station for Katihar in Bihar. Around 750 migrant labourers boarded the train from Bhiwani, 250 from Charkhi Dadri, 318 from Hisar and 148 from Hansi. This train will cover a distance of 1,408-km and reach Katihar in Bihar in 22 hours.

Special trains were started from Gurugram Railway Station to the northeastern states of the country today and in this series the first train from Gurugram to Guwahati-Dimapur left carrying 1,400 migrant labourers for their homes. The passengers were very happy with the arrangements made by the Haryana government to send the migrant labourers of the northeastern states home during the lockdown. All migrants were motivated to adhere to social distancing norms and with a wish of their safe return home.

Happy with the arrangement made by the state government, Pawan, a migrant labourer who was at the Ambala railway station, said that he had come to Ambala for the first time to work in a factory. He said that he did not know that he has to return due to Corona, but the state government officers took good care of the labourers and it was ensured that they do not face any difficulty. Pawan further added that after the lifting of the lockdown,  he will definitely come back to Ambala again, as Ambala is a good place with good people.

While the boarding of the Special Shramik Train from Bhiwani, the migrant labourers were seen in full of enthusiasm. The happiness was clearly visible on their faces. While boarding the train, Kanchan, a resident of Madhepura, told that she was living in a bank colony with her husband Mukesh. They used to work in a factory here and were returning to their house due to the lockdown. They were grateful to the Haryana government for making the arrangements. A resident of Purnia, Rinku Devi told that she used to work in Dadri area and were now returning home under compulsion. Similarly, Rukmani, a resident of Supaul, was all praise for the government. She said that they had come here for their children and everything here was going perfect. If there would have been no lockdown then they would not have left.

Niranjan Rajesh Paswan, who was going to Gopalganj while boarding the train for Panipat, said that he used to do painting work in Panipat and will return after the lockdown. Similarly, Pappu Paswan, who was going to Darbhanga, said that he was going to his house due to Corona virus. He said that he used to work at a tent shop here and would come back when the work will start again. He praised the support and cooperation given by the Central and State Government, District Administration and social organizations. They expressed gratitude to the government for the dedication with which they were being sent home.

40-year-old Gopal, who was going to Assam by the train leaving Gurugram railway station, expressed his sentiments saying that Haryana gave him employment and after the situation is normal he will return again because there are a lot of opportunities here by which one earns enough to send money back home and meet the daily expenses as well. Titujo, a 22-year-old migrant labourer going to Nagaland, said that Gurugram is like Mumbai City where dreams are fulfilled.

Haryana to plant one crore trees in the state