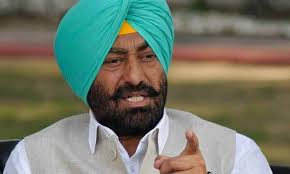 Jalandhar,May 28, 2020:  Sukhpal Singh Khaira MLA and former Leader of Opposition slammed the Punjab government for its draconian decision, to massively increase the fee structure of private as well as state-run medical colleges. Khaira said it is alarming to note that the government has made this huge increase in the fee structure of the said medical colleges at a time when ordinary people are reeling under the severe economic crunch.

In a release issued here, Khaira said it was shocking to note such a steep hike particularly in view of the pandemic crisis, as people are struggling to make two ends meet in third world countries like India and the state of Punjab. Khaira said there has already been a massive hue and cry in Punjab by parents and students over seeking a waiver of their fees in private schools and colleges of the state. Khaira said instead of hearing the grievances of students and parents of Punjab, the Punjab government has gone leaps and bounds to massively increase fees of medical colleges of the state by 80%. He said this huge increase will shatter the dreams of all those youngsters aspiring to become doctors in Punjab. Khaira said it was because of such erroneous and foolish decisions that the youth of state has been migrating to other parts of the world in lakhs for better livelihood.

He asked Capt. Amarinder Singh CM to immediately rollback the 80% steep hike in the fee structure of medical colleges of the state. Khaira also demanded that the Chief Minister must personally look into the demand of parents and children for waiver of fees by private-run schools and colleges of Punjab, as there has been no meaningful study during the last three months due to lockdown. He said hence charging exorbitant fees by the private schools and colleges is only fleecing the already economically starved middle class of the state.