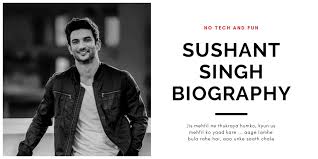 Sushant started his career with the Television show Kis Desh Mein Hai Mera Dil and rose to fame with Pavitra Rishta. With the Zee TV show, he ruled the hearts of the people for many years. His on-screen chemistry with actress Ankita Lokhnade was much appreciated by the viewers.

Actor Sushant Singh Rajput, 34, was found dead at his Bandra residence in Mumbai today. Sushant’s body has been taken to Mumbai’s Cooper Hospital for post-mortem. A team of Bandra Police is investigating and details are awaited.

Sushant had made his last call to TV actor Mahesh Shetty. The two had worked together in Sushant’s first show Kis Desh Mein hai Mera Dil and was one of his closest friends. The actor had also called his sister in the morning at 9:30 am.

Police have recorded Sushant Singh Rajput’s house owner’s statement and also his doctor’s statement has been taken. His bank statements have also been called for. 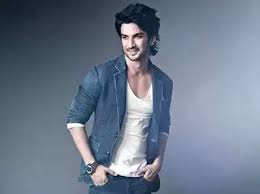 Sushant Singh Rajput had rented his Bandra home in Mumbai about six months back. The rent of the house was Rs 4.5 lakh per month. He used to live with an art designer, one cook and two other house helps.

According to India TV reporters in Mumbai and Patna, when the house help could not break the door of the actor’s room, his manager called a key maker. When they opened the door, they found Sushant hanging by the fan. The key maker’s statements is being recorded by the police.

Househelp and friends present at the time of Sushant’s suicide are being investigated. Their statements are being recorded at his Bandra home.

Sushant’s uncle has claimed that the actor has been murdered. He has asked for an investigation.

Sushant’s father fainted after hearing about the news of his son’s suicide. The crowd has gathered in front of Sushant’s house in Patna. The family is in shock.

Sushant Singh Rajput’s dead body has been taken to the Cooper hospital for post mortem.

Police have found no suicide note in the house. He is survived by his father and four elder sisters.

The actor was accompanied by a few friends at the time of death. When in the morning he did not open the door, the friends broke the door and found him hanging by the fan.

Sushant used to live away from his family, he was from Bihar. Police Joint Commissioner Vinay Chaube at the spot.

Police have found some medical prescriptions and medicines too from his house that he was taking from the last six months.

In his last Instagram post, Sushant Singh Rajput had remembered his mother and said, “Blurred past evaporating from teardrops…Unending dreams carving an arc of a smile…And a fleeting life,..negotiating between the two.”