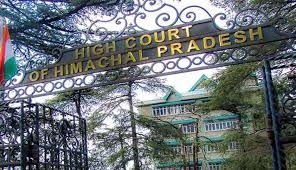 By Yadavinder S Rana  :
SHIMLA –A spokesperson of the state government said here on Sunday that in compliance to the directions of the Supreme Court of India in respect of contagion of COVID-19 virus in prisons, a high powered committee headed by  Justice Tarlok Singh Chauhan, who is also Executive Chairman of Himachal Pradesh  State Legal Services Authority  ( HPSLS ) has resolved to give temporary bail to the undertrials for a maximum period of three months.
He said that the Committee in its meeting decided that temporary bail will be given to the undertrials of Himachal Pradesh only those were first time offenders, facing trial for offenses punishable up to seven years and are in the custody for last three months or more.
The decision of temporary release of prisoners has been taken to ensure social distancing and to avoid the spread of COVID-19 virus in jails.
He said that District Magistrates and Superintendents of Police would make arrangements for the transmission of prisoners on release from bail to their respective places. These prisoners would be released only after a proper medical examination by the jail authority and would ensure that the policy of the state government regarding complete lockdown was not violated.
The Spokesperson said that it has also been decided that the application for temporary bail may be filed online to prevent gathering in masses in the courts or government offices. The release of convicts undertrials from outside the state or foreigners has not been considered in view of the national lockdown.
It has also been decided that competent authority will expedite the applications of eligible convicts to maximize release on parole/furloughs as per rules and procedure who have been convicted with imprisonment up to seven years. The competent authority will also expedite the matter of release of convicts under section 432 of CRPC which are pending with them, as per rule.

Delhi Government brings back 480 students from Kota to Delhi