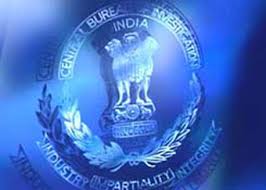 CBI had registered a case on 03.02.2006 u/s 8 and 9 of PC Act, 1988. It was alleged that Major General S.P. Murgai (Retd.) received illegal gratification of Rs. 70,000/- for himself from the representative of Tehelka.com as a motive or reward for inducing, by the exercise of personal influence with officials of Ministry of Defence (MoD), in the matter of getting an order for the supply of Defence equipment i.e. Hand Held Thermal Imagers (HHTI) to Indian Army.

After thorough investigation, a charge sheet was filed on 31.10.2007 before the Designated Court, New Delhi. The Trial Court found the accused guilty and convicted him.

CBI ARRESTS AN ENFORCEMENT OFFICER FOR ACCEPTING  BRIBE OF RS.50,000/-
CBI ARRESTS A DRUG INSPECTOR OF CENTRAL DRUG STANDARD CONTROL ORGANISATION AND FOUR OTHERS IN A BRIBERY CASE
Comment