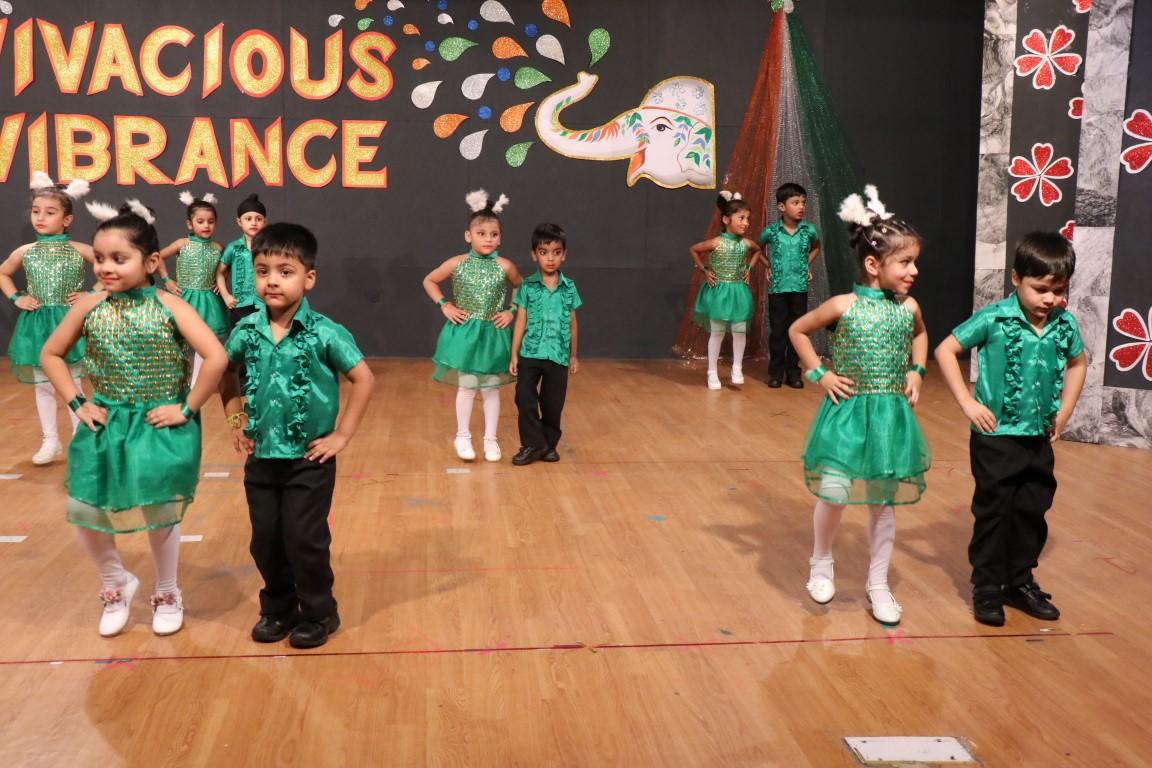 By Madhur Vyas
Jalandhar,Septeber,10,2019 :The little ones of KG I of INNOKIDS of Innocent Hearts, Green Model Town fascinated the audience with their dance moves on patriotic songs. On this occasion Vice- Principal and Cultural Head of GMT- Mrs. SharmilaNakra was the chief guest. The students of KG I A began the program with Welcome song. Kashvi and Shanaya of KG II conducted the stage. The children of KG I B paid tribute to Bapu Gandhi Ji by singing ‘SabarmatiKeSant’. The children conveyed a message of ‘Swacch Bharat’through an action song. 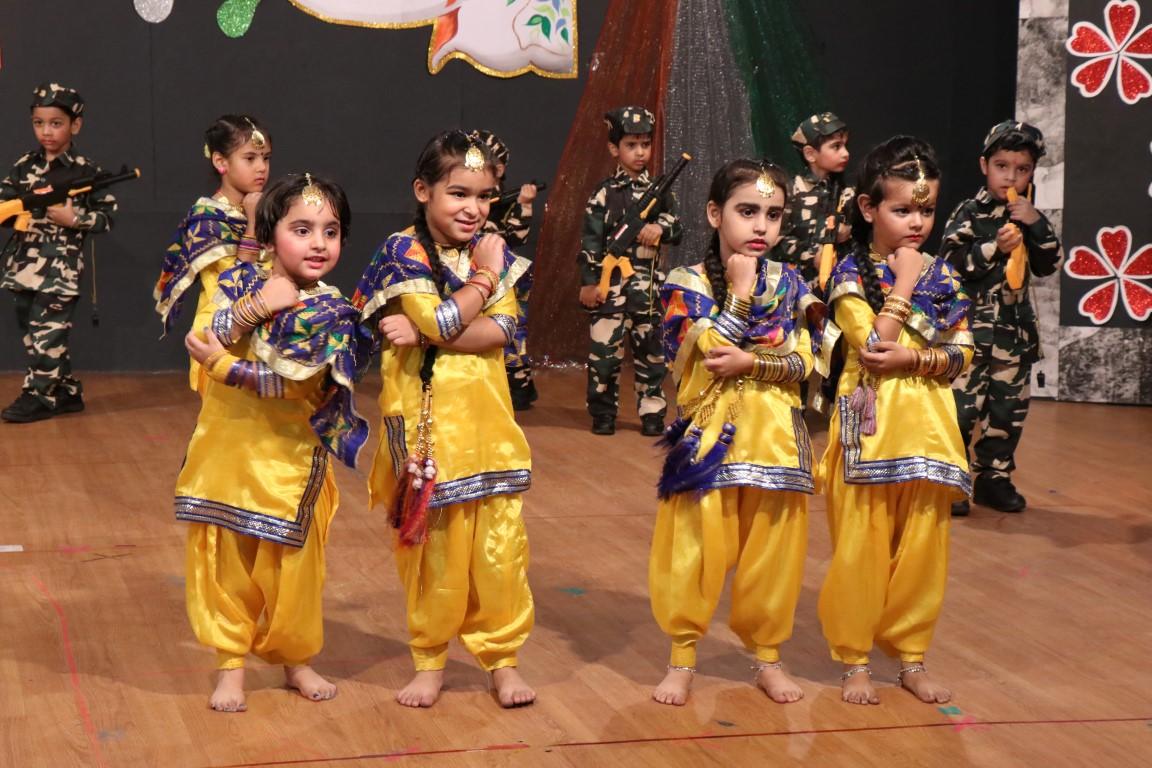 Choreography on ‘SaareJahan Se Acchha Hindustan Hmara’ with props and ‘Hum HongeKamyab’ was presented by KG I C which was appreciated by the audience. Vice Principal Mrs. SharmilaNakra explained to the audience, ‘To bring their children in real life from digitallife’ anddon’t make them dependent on smart phones, spend time with them and encourage them to play traditional games and armor them with prayers.The blooming buds of KG I D presented ‘HumkoIndia Wale’and ‘DeshDildaranDa’. At the end, a guest item “Maatti” presented by the little ones of K G II became the centre of attraction. On this occasion, INNOKIDS Incharge Mrs. GurmeetKaur,  Primary Wing  Incharge  Mrs. Harleen  and Examination Incharge Mrs. GurwinderKaur were present. Formal welcome was given by Mrs. Monika Kakkar and Vote of Thanks was delivered by Mrs. SavitaKhosla.

Universities must intimately connect with the social life of the people; should not remain the proverbial ‘ivory towers’: Vice President;