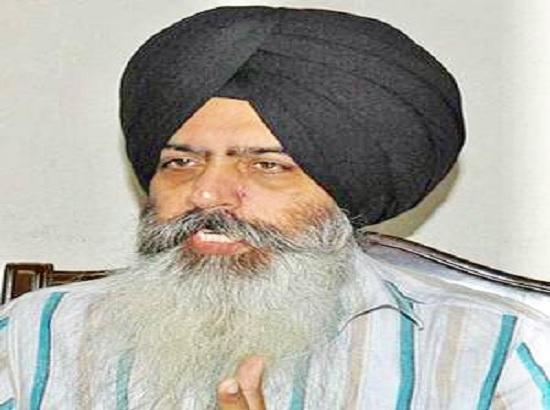 Chandigarh, May 17, 2019: Joining issue with Indian Home Minister Rajnath Singh for declaring to make the sedition law stricter in case his party retains power, the Dal Khalsa said the obvious target will be the religious minorities and Dalits, who refuses to toe the Hindutva agenda.

Dal Khalsa is of the opinion that while vibrant and mature democracies have done away with sedition laws long back, Modi dispensation is planning to make its provisions more draconian to further snatch people’s right to dissent and hold the independent belief.

Party spokesperson Kanwar Pal Singh said since long, the RSS has an agenda of imposing Hindutva culture on the people of this country, who are historically, religiously and linguistically separate and different from Hindus. To impose Hindutva hegemony, the RSS through BJP Govt needs draconian laws like sedition to silence the voices of dissenting people especially those nationalities, who aspire to achieve their own self-rule in their respective states.

Terming the archaic law as obnoxious, Dal Khalsa leader said the Hindutva was a direct threat to distinct identity and aspirations of the minorities.

Commenting on the ensuing elections scheduled for May 19 in Punjab, he reaffirmed that their party members won’t participate in this electoral charade of democracy, where money, liquor, drugs and all arms of the state work in tandem to upset apple-carts of individuals.

Justifying their stand for a boycott of polls, he said legislative or parliamentary electoral victory cannot be a substitute for the goal of independence of Punjab. The destiny of our people is even more important than good governance.

Hate-mongering, intolerance towards minorities, mob lynching by ultra-nationalists, injustice to Sikh political prisoners, rising sacrilege incidents and impunity to guilty and tainted cops have steeled our resolve to keep away from the Indian electoral scene, said he.