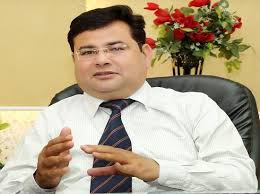 Mohali–Punjab Unaided Colleges Association (PUCA) urged Smt Nirmala Sitharaman, Finance Minister of India for the bailout packages for the education sector in view of the severe impact of CoronaVirus outbreak on the Education Sector.

In a letter written to the Union Minister of Finance, Dr Anshu Kataria, President, PUCA said that unaided colleges were already going through a tough phase financial crisis because of pending Post Matric Scholarship (PMS) towards the Centre and State Government. Mr Kataria further said that because of the lockdown the revenue which colleges used has stopped but the expenditure continued to swell.

Amit Sharma, Senior Vice President, PUCA said that the Education sector has been adversely affected due to this problem. Many of the States including Punjab have not been disbursed the Post Matric Scholarship (PMS) funds for the last 3 years which Centre government used to disburse through the State Governments. Even in Punjab around 1850 crore was due and causing huge financial crunch.

Gurpreet Singh, General Secretary, PUCA said that such a situation has not only created trouble for colleges but also for thousands of employees working in these colleges.

5 Netflix Shows to Watch During the Lockdown