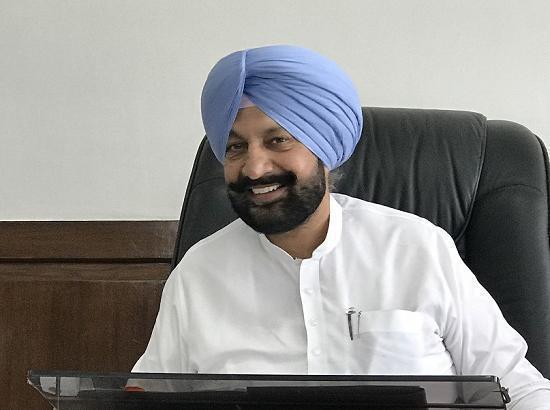 Chandigarh, October 9, 2019: Keeping up its commitment to provide standardized health services to the people of Punjab, the State Government on Wednesday included another 125 private hospitals under the flagship Sarbat Sehat Bima Yojna (SSBY) taking the total number of such hospitals to 361.  It was disclosed here today by Health & Family Welfare Minister  Balbir Singh Sidhu, in press communiqué.

“Soon 45 more private hospitals would be empanelled in next phase under this flagship scheme he further said adding that another set of applications pertaining to 70 private hospitals were under scrutiny which would be confirmed after completing the process of empanelment.

Underlining the success of the programme, the Minister said that 21,697 patients had already been administered treatment under this under Insurance Scheme of which 13,980 patients received the treatment care services at public hospitals besides 7,717 patients at private hospitals involving cost of Rs. 22.28 cr.

Balbir Singh Sidhu said that the Scheme does not discriminate on the basis of number, age or gender of the family members and that all the members of the family are included for access to free in-patient health services.  The main objective of the Scheme is to provide free health services to the people so that the economic burden on people for treatment can be reduced.

Lauding the department for putting in the best efforts in such a short span of time, Balbir Singh Sidhu also said that Punjab now stood in row of leading states in North India. He said that it was a matter of record that after launching of the ‘Sarbat Sehat Bima Yojna’, around 32,54,733 e-cards had been issued to the beneficiaries.