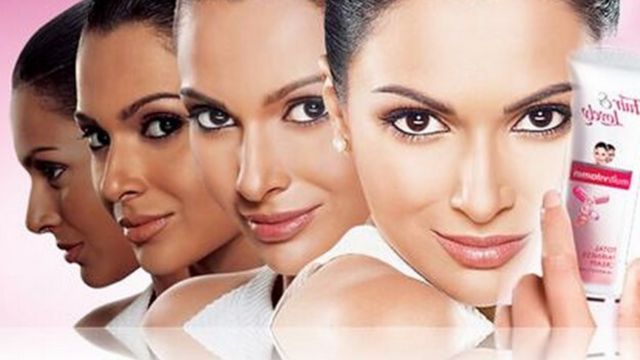 Unilever will drop the word “fair” from its “Fair & Lovely” brand of skin lightening products which are popular in South Asia but have long been criticized for promoting negative stereotypes against people with darker skin.

Companies face a mounting the backlash on social media in the wake of the Black Lives Matter movement.

Products marketed for skin lightening have a huge market in South Asia due to a societal obsession with fairer skin tones, but those notions are being questioned more frequently as perceptions change.

Johnson & Johnson this month said it would stop selling skin-whitening creams which are popular in Asia and the Middle East.

“We recognize that the use of the words ‘fair’, ‘white’ and ‘light’ suggest a singular ideal of beauty that we don’t think is right, and we want to address this,” Sunny Jain, president of Unilever’s beauty and personal care division, said in a statement.

Unilever owns a 67% stake in Hindustan Unilever, its India unit. The companies also sell the popular Dove and Knorr range of products.

In India, fairness products have long been endorsed by leading Bollywood celebrities, as well as other popular youth icons.

Hindustan Unilever said it had moved from that line of advertising in 2019, and “will continue to evolve its advertising to feature women of different skin tones, representative of the variety of beauty across India.”

The brand name change is subject to regulatory approvals, the company said in a filing to the exchanges. It did not specify what the new name would be.

A source in the parent company told Reuters that alternatives like “Dare & Lovely, “Care & Lovely,” or “Fresh & Lovely” were being considered, but products with the old brand name will not be recalled.

“A recall is done when the product has a problem, please bear in mind the quality is not under the scanner, the name is,” the source said.

This month activists started petitions on Change.Org, drawing thousands of signatures, including one by Nina Davuluri, who in 2014 became the first Indian American to be crowned Miss America.

“I have goosebumps as I read this! Kudos to you @Unilever,” Chandana Hiran, a Mumbai-based finance executive who started a Change.org petition called #allshadesarelovely tweeted on Thursday.

Separately, a source at L’Oréal in India said the French cosmetics company was also having discussions in view of the backlash.

“Words such as skin brightening, whitening, lightening could soon become a thing of the past on all labels and product sales pitches,” the source said.

L’Oréal India declined to comment. L’Oréal in France did not respond to an e-mail seeking immediate comment.