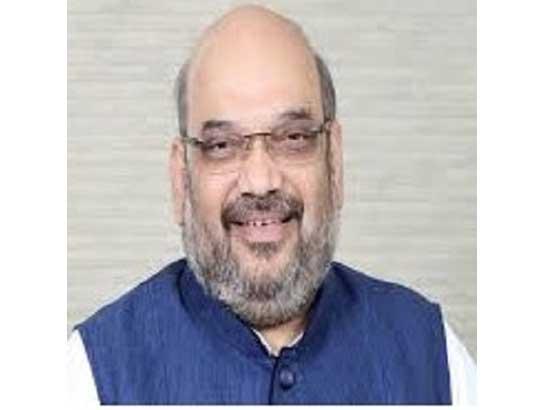 Chandigarh, July 2,2020:  Union Home Minister  Amit Shah today appreciated the dedicated efforts made by various departments and officers, who under the leadership of Chief Minister, Manohar Lal has worked as a team for containing the spread of COVID-19 Pandemic in the State.  Besides this, he directed for adopting a common strategy for the containment of COVID-19 infection in National Capital Region including Delhi.

Amit Shah was reviewing the COVID-19 situation in the NCR region including Delhi with the Chief Ministers of Haryana, Uttar Pradesh and Delhi, through video conferencing.  Deputy Chief Minister,Dushyant Chautala was also present on this occasion while Health Minister Anil Vij joined through Video Conferencing.

Haryana Chief Minister,Manohar Lal said that the State Government has so far distributed 1500 pulse-oximeters to asymptomatic patients in the National Capital Region (NCR) districts of the State for the regular monitoring of oxygen levels during home isolation. Orders for additional 1000 such oximeters have also been placed to carry out door-to-door monitoring of oxygen level of such patients so that people having low oxygen level could be admitted in the hospitals for treatment.

The Chief Minister said that though 13 districts of Haryana falls in the NCR area yet five districts of Rohtak, Jhajjar, Sonipat, Faridabad and Gurugram are most affected from COVID. He said that however, as a result of various steps taken by the State Government and augmentation of health facilities in the State, the recovery rate of patients has been considerably increased from 32 per cent to 70.75 per cent in the last seven days.

While assuring that the suggestions that have emerged out from the today’s Video Conferencing would be followed by the State Government, the Chief Minister suggested that health projections should be revised from time to time according to the actual situation so as to prevent the spread of panic among the people. He said that as per the projections, the State Government has a sufficient number of isolation beds and ICU beds available in its hospitals. He said that there are 1061 ICU beds in NCR districts whereas the number of critical patients is only 61. Apart from this, the target of testing has also been increased from 4000 per day to 5000 per day. He said that at present, 3500 rapid testings per day is being done in Gurugram and the same would be started soon in other adjoining districts also. An arrangement of 15,900 isolation beds have been made in both government and private hospitals in the State, he added.

The Chief Minister said that an experiment has been started in Gurugram under which 17 Aggressive Containment Zones have been set up for conducting a door-to-door survey and to take the symptomatic patients to hospitals for treatment.

While referring to various steps taken for the containment of COVID-19 in the State, the Chief Minister said that on the call made by the State Government, 70,000 volunteers including doctors and paramedics are offering their services in this hour of need. Apart from this, 750 newly recruited doctors have joined in different hospitals of the State. He said that the supply chain system has been further strengthened to provide financial and other assistance to the needy, poor and labourers. As many as 20,000 local committees have been constituted in the State for identifying such beneficiaries.  In addition, 87,000 Distress Ration Tokens (DRTs) have been distributed to provide ration to those people who do not have any ration card.

Manohar Lal said that with a view to ensure the swift transmission of information and timely delivery of essential services to the people,  Whatsapp Groups of various departments have been created for maintaining proper coordination between them. Apart from this, special helpline service has been started; he said adding that 1006 doctors have so far given consultation to the people through telemedicine services. He said that four helpline numbers have also been started to provide assistance in case of health and transport.

He said that the State Government has made a special arrangement of 100 trains and 5600 buses for ensuring the return of willing migrant labourers and workers to their home states in a safe and systematic manner. He said that the situation of industry and labour is normal in the State. As the industries in the State have restarted their operations, workers have started coming back to Haryana. The State Government has given permission to 40.50 lakh such workers to work in different industrial establishments across the State. Also, the revenue stream of the State has also come to normalize. The VAT collection has reached to 75 per cent and it would be increased to 100 per cent gradually.

He said that the suggestions given in today’s conference for the containment of COVID-19 especially in the NCR regions would be implemented by the State Government in letter and spirit.