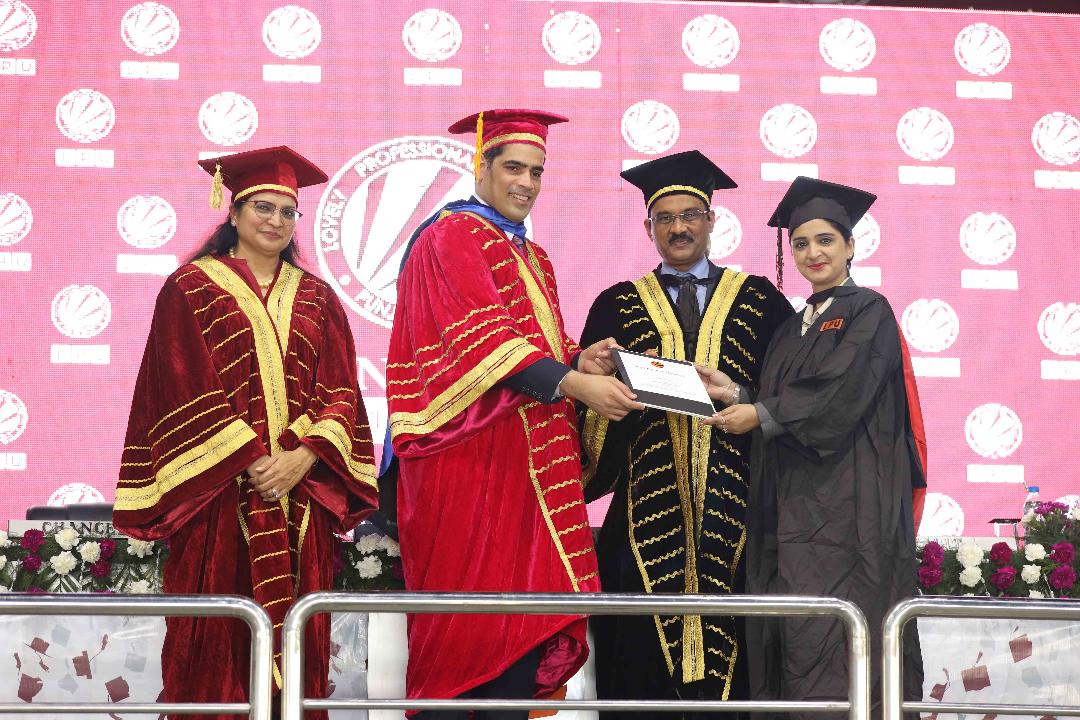 · His Excellency Vice-President of the Republic of Suriname, Dr Michael Ashwin Satyandre Adhin was also honored with “Honoris Causa” Doctorate Degree of LPU for his astounding Vedic Science research, and belief in ‘the whole world is one family’ dictum

· “Arise, Awake and do not stop till goal is achieved”: emphasized Dr Ashwin Adhin, while messaging to graduating LPU students and student community world-across

Jalandhar: September 18, 2019: agonist of Vedic Sciences,Vice-President of the Republic of Suriname, a South American Country, Dr Michael Ashwin Satyandre Adhin was the Chief Guest of the ceremonial day.  Vice-President was also conferred upon “Honoris Causa” Doctorate degree of LPU for his astounding Vedic Science research, and belief in ‘the whole world is one family’ dictum. He not only delivered the convocation address but also awarded doctorate degrees and gold medals to meritorious LPU students for their outstanding performances. On this occasion, along with 53 Ph.Ds, 51 Gold Medallists, 123 Academic Toppers; 19977 Regular & Distance Education LPU students of batches 2018 and 2019 received degrees & diplomas.

The Vice President Ashwin Satyandre Adhin is a Surinamese educator, politician, and at the age of mere 36, he became the youngest Vice President in the history of Suriname. He has been active to place emphasis on the importance of the role of culture for development, consciousness creation, appreciation of one’s heritage, and for stimulating the achievement of common goals through active and collective participation of individuals. He is a strong advocate of nation building, patriotism, cultural preservation, and cultural diversity. Being a Sanskrit scholar, he has evinced keen interest in the Vedas, the Upanishads, the Bhagwad Geeta, and the Smritis, and has delivered several keynote lectures on the applicability of Vedic knowledge to everyday life.

While delivering convocation message to graduating LPU students,Vice President messaged to entire student community world-across: “Arise, Awake and do not stop till goal is achieved.” Addressing in a perfect blend of languages English, Hindi and Sanskrit, he emphasized upon his Indian ancestry, and shared: “It is my unflinching belief that we need a stronger and more influential India, that has been a beacon of light for centuries as the Vishwa Guru of the world on so many might say now again in modern times.” He also acknowledged that as Indian diaspora Surinamese are proud of their cultural roots from Bharat, and stand ready to use all available opportunities to strengthen their existing cultural and economic ties with Great Nation and World Power-the Republic of India.

He also advised that human unity and universal brotherhood, of a world free from all traces of conflict and misery, has stirred great men since time immemorial. Let everyone be happy, let everyone be free from all ills. There should be “total good of all beings in all forms”. 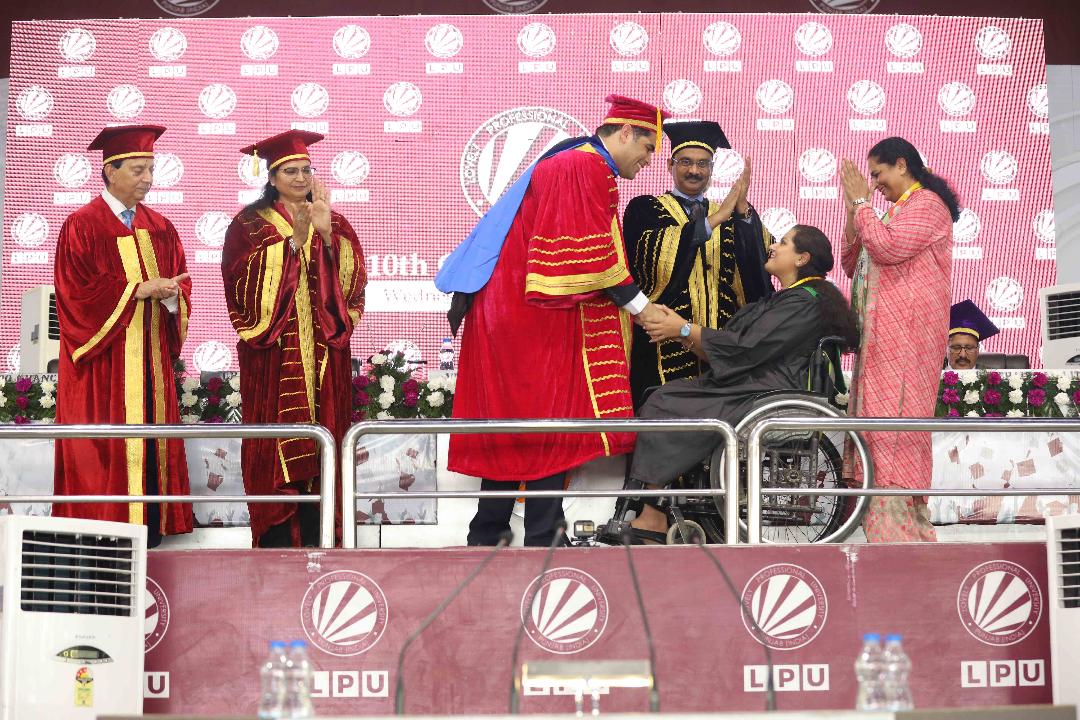 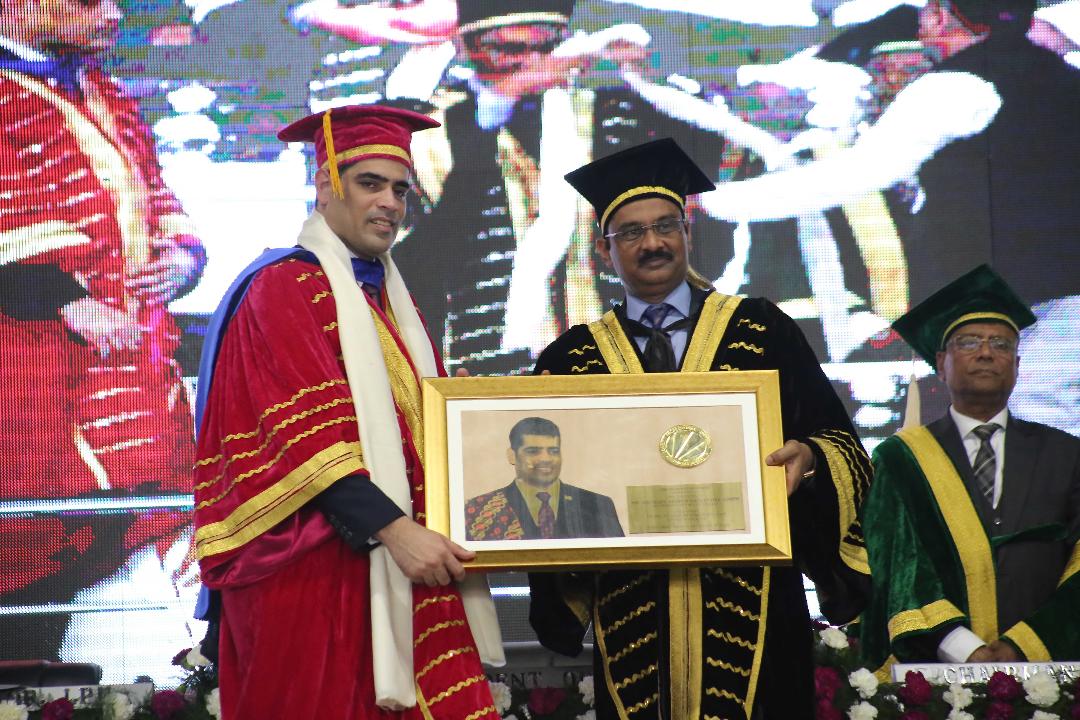 LPU Chancellor  Ashok Mittal welcomed the 16 member delegation from Suriname and shared: “We are extremely honored to host a delegation of senior officials from Suriname which joined their inspirational icon- Suriname’s youngest Vice- President. Highlighting the University’s legacy, he also apprised all about various achievements made by LPU through its students in the areas of academics, placements, entrepreneurship, research-works, sports and more. He also informed that LPU has recently held alumni meets in top cities of the world including New York, San Francisco, Los Angeles, Melbourne, Toronto, Vancouver, London, Sydney, Paris and more. Congratulating students on starting a new chapter in their life he asked them to remain close to their alma mater and keep on guiding juniors through their successes. 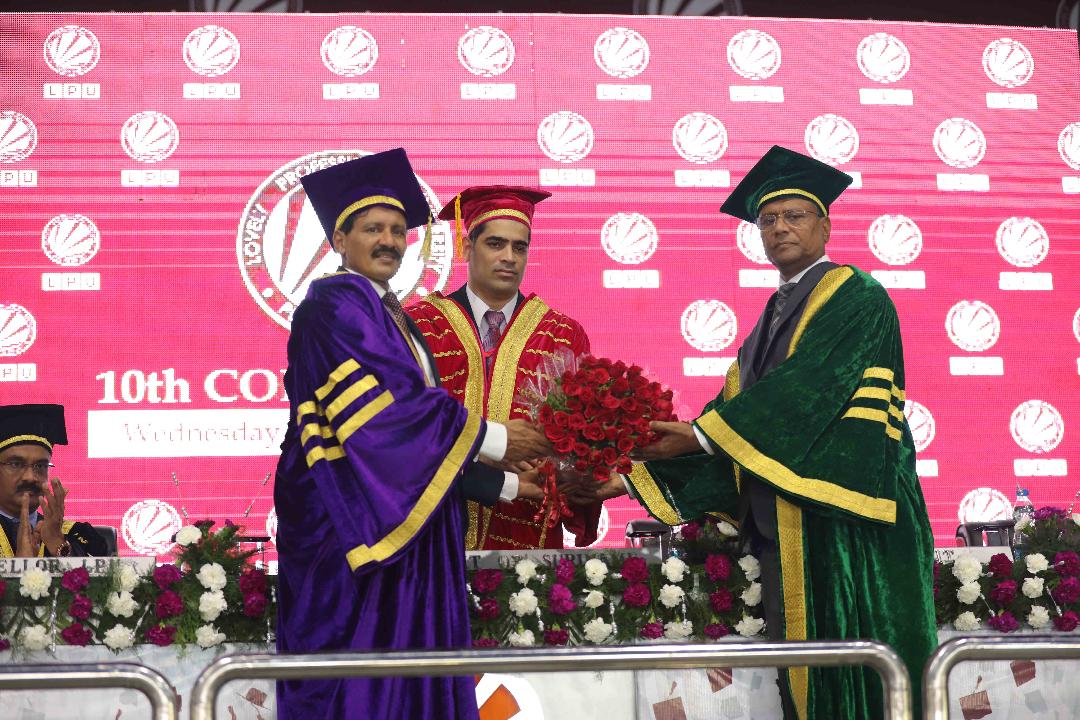 Prior to this, LPU Vice-Chancellor Prof Dr Rameshwar Kanwar advised students to stay focussed, work hard, be true ambassadors of LPU and become role models of society and humanity. LPU DG (Operations) Dr Subhashish Majumdar invoked all through poetic lines of Nobel Laureate Rabindra Nath Tagore. LPU Pro Chancellor Mrs Rashmi Mittal specially mentioned about the great roles of parents in shaping the lives of their respective wards and thanked all in making the convocation a success in all measures. Three of the Ph D degree recipients in Physics, Nutrition and Management-International students Jibrin Mohamad, Rachna Khosla and Namita Kaur shared unanimously that they are fortunate to receive degree from a young global leader who is a propagator for all around prosperity, progress and peace

Online 9 Episode Series on Art of Sketching at PU

Women play a vital role in every field: Prof.R.C.Kuhad