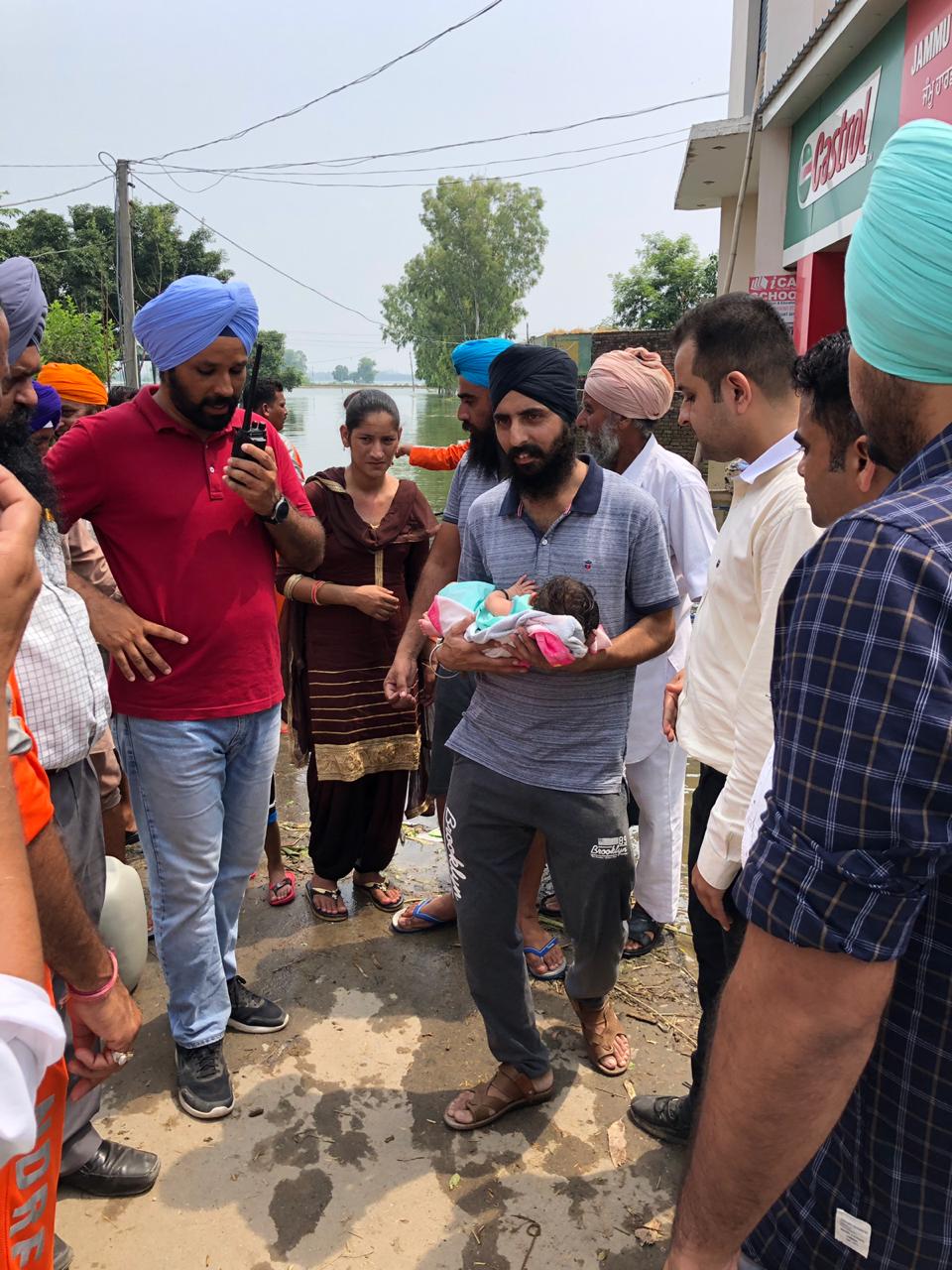 Japleen along with her parents evacuated from Gidderpindi village
By SK.Vyas
Lohian (Jalandhar), August 25,2019:Village wise Mobile boat started by district administration led by Deputy Commissioner Varinder Kumar Sharma today again proved to be a boon for a three months old baby who was evacuated safely by the team from Gidderpindi village’s dera.
Divulging the details, the Deputy Commissioner said that the village wise mobile boats were constituted for extending a major relief to the flood affected people. He said that the team comprising medical team, veterinary team and team of food supply department was visiting every village to ensure basic facilities at their doorsteps.  Sharma said that on Saturday the team had got a distressed call that a three months old baby Japleen Kaur d/o  Pawandeep Singh residing at a dera in village Gidderpindi needs to be evacuated.
The Deputy Commissioner said that immediately after getting the information the Mobile team rushed to the spot. He said that the baby was diagnosed and found alright but her parents refused to move out of their house. However,  Sharma said that in order to ensure that there was no danger to the life of infant the team led by Naib Tehsildar Mr Lovedeep Singh on Sunday again revisited the village and convinced the parents of the infant to evacuate her at a safer place.
The Deputy Commissioner further said that subsequently the Infant alongwith her parents was evacuated from Tarlok singh numberdar’s Dera  in Gidderpindi  to base camp at Gidderpindi with the help of NDRF. He said that the infant was stable and fit adding that after reaching at base camp her parents went to village Chuarpur to their relatives. Sharma said that the district administration was duty bound to serve the distressed people in this hour of crisis.