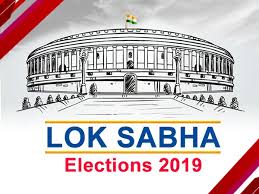 Ludhiana, May 16, 2019: In a joint initiative by District Administration Ludhiana and Ropein Transportation Services Pvt Ltd, the voters would be provided free transportation service to cast their vote in upcoming Lok Sabha elections 2019. Under this service, the voters would be provided a free bike ride, that would start from their respective home and would take them to their polling booth and back. This service would be made available to the voters on May 19, 2019, only.

While providing information, District Election Officer-cum-Deputy Commissioner  Pradeep Kumar Agrawal stated that if any voter wants to avail of this facility, then he/she would have to download an android based mobile application named “Rapido Bike Taxi App” on a mobile phone. Once it is downloaded, the voter would have to use promo code “ivote”to avail this free facility, under which the bike taxi would pick the voter from his/her home, take to the polling booth and return back home.