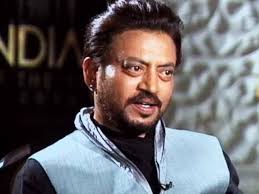 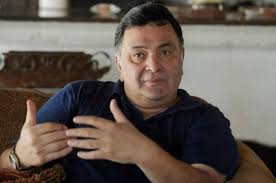 By Varun Bhardwaj :
When LockDown was announced our Prime Minister specially requested persons battling with some sickness or Senior Citizens to be extra careful.  He may be right seeing the immunity issue of the ill or the aged persons. The immunity is also affected if one has any health issue.
On 29th April 2020, one of our talented, virtuoso Actor  Irrfan  Khan scummed to his ailment of colon infection and cancer which he was battling since 2018 when he was diagnosed with a neuroendocrine tumor.
He was although under treatment for the last around two years in U K  and was improving.  After having a comeback, he did his last movie ‘Angrezi Medium’ which was released in March 2020, the film bore the burnt of the coronavirus pandemic and was later re-released on an OTT  platform.
Irrfan was an extremely mature and evolved human being besides being a gifted artist and such artists are born in ages. He always kept himself aware of the happenings in the society, country and the world. The Irrfan’s’ family rightly said that Irrfan was, ‘ A man of few words and an actor of silent expressions with his deep eyes and his memorable actions on-screen’.
The very next day i.e. 30th April 2020   We lost Rishi Kapoor the versatile and outspoken actor from Hindi cinemas’ illustrious first family of the Kapoors. He also was under treatment for cancer for 2 years and the family issued an official statement saying, ‘He remained jovial and determined to live to the fullest right through two years of treatment across two continents. In his passing, they would all understand that he would like to be remembered with a smile and not with tears’.
Rishi Kapoor left behind a rich legacy from a career spanning 50 years. He was a wonderful, talented artiste and an incredible actor.
No doubt passing is always a painful clad with the past memories and since both the actors were legendary and celebrities they will always be remembered. We can only guess, as we are not God, that as told by our Prime Minister the sick and senior citizens need to take care, had more care be taken off we might have not missed our heroes but we see and feel that no laxity or negligence is done as there are other issues of immunity also. It would have been in the interest of industry had they survived the current phase of coronavirus infection.