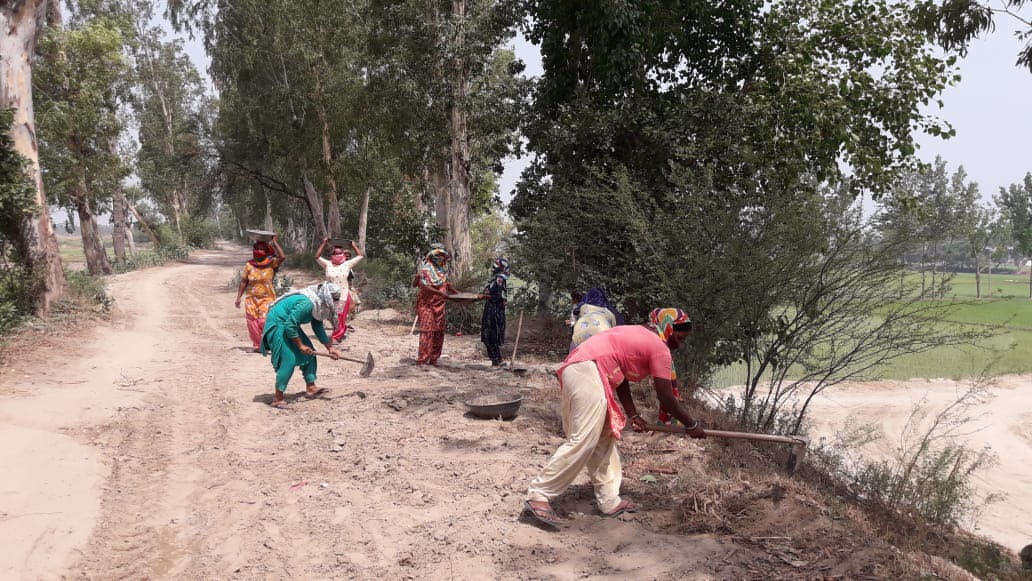 Jalandhar, July 2, 2020:  The district administration has roped in MGNREGA workers for strengthening the embankments along with Sutlej River in three sub-divisions including Phillaur, Nakodar and Shahkot Sub-Divisions before the advent of the rainy season.

On the directions of Deputy Commissioner Ghanshyam Thori, the SDMs have been regularly visiting the all the critical points sand officials from the drainage department are already in the fields to ensure the work completes soon.

Divulging the details, the Deputy Commissioner  Ghanshyam Thori said that MGNREGA workers have been deployed at all the sensitive points along with the river to ensure all these flood protections works get finished well before the time. He said that the MGNREGA workers are working under the supervision of engineers of the drainage department at all vulnerable points.

He said that the joint teams of drainage and the panchayat department are working round the clock at all the critical points.

He said that the district administration has already made adequate arrangements to meet any sort of situation in the wake of the rainy season.

Thori said that the evacuation plan, in case of flood, has already been finalized and the sensitive places have been identified along with the safe places where the residents of flood-prone areas would be shifted if required.